by Those Darn Gnomes 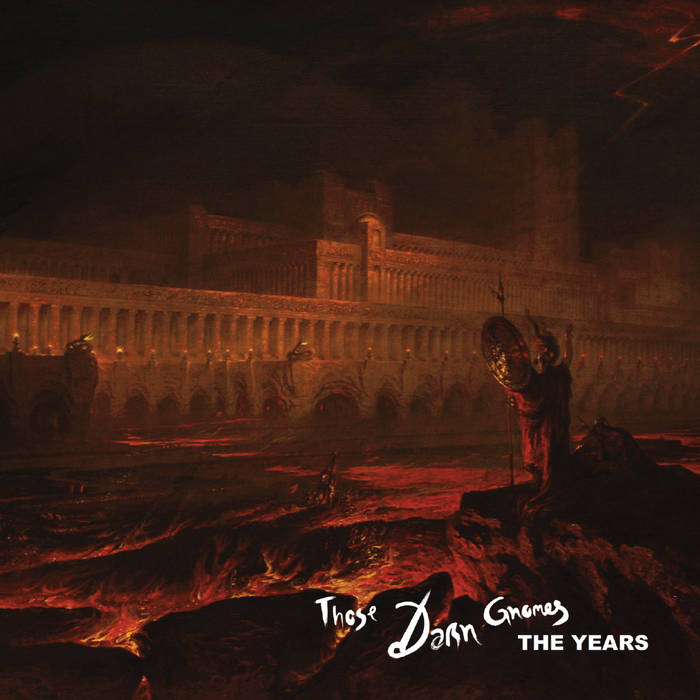 On their debut album The Years, San Diego’s Those Darn Gnomes craft a potent and highly original blend of extreme metal and avant-garde music unlike any other. Drawing influence from a wide range of artistic aesthetics and utilizing just as many advanced compositional techniques, The Years bridges a multitude of musical styles into a surreal, damaged whole. Fractured guitar riffs slip and slide over clattering electronic percussion while torrents of Brad’s and strings rain down overhead, but the album is not without dynamics; these six songs are just as likely to break into gorgeous cinematic interludes as they are to kaleidoscope further into spiraling, noisome art-metal. Far more than just the sum of its many parts, The Years is a powerful opening statement from a controversial voice in avant-garde music.

Praise for this album:

"What words can describe an album of this caliber? At times ethereal, at others brutal, simultaneously intriguing and off-putting, The Years is one of the most challenging works of art I’ve experienced. [...] However, in challenge there is the promise of reward, and The Years delivers that reward in full for those brave enough to delve into its depths."
-Toilet ov Hell (#3 album of the year)

"It sounds like I died and went to hell."
-Bryon's dad

"...this is not music for the pop charts. It’s an elegant deconstruction of death metal’s parameters. It’s brawny and aggressive, but matches those traits with a penchant for softness which reminds me of post-metal champions Isis. [The songs] eschew traditional song structure, and play with such dissonance it calls to mind a Gorguts cult favorite."
-also Toilet ov Hell

"I guess it's pretty good for that kind of music."
-Russell's mom

"I love straight ahead, kick-in-the-chest metal as much as the next guy, but there comes a point where we as music consumers should ask ourselves, 'Ok, what else is there?' Then the universe will lean down and whisper back, 'Gnomes, bro. Those Darn Gnomes.'"
-Toilet ov Hell, again (they like us a lot)

Don't call us a metal band.

Bandcamp Daily  your guide to the world of Bandcamp